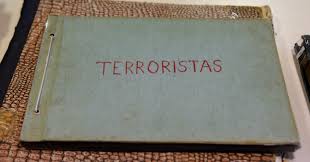 Five of the 24 men sentenced last week by an Italian court to life in prison for their roles in a brutal and bloody US-backed Cold War campaign against South American dissidents graduated from a notorious US Army school once known for teaching torture, assassination and democracy suppression.

On July 8 judges in Rome's Court of Appeals sentenced the former Bolivian, Chilean, Peruvian and Uruguayan government and military officials after they were found guilty of kidnapping and murdering 23 Italian nationals in the 1970s and 1980s during Operation Condor, a coordinated effort by right-wing military dictatorships in Chile, Argentina, Uruguay, Bolivia, Paraguay, Brazil and, later, Peru and Ecuador, against perceived leftist threats. The campaign, which was characterized by kidnappings, torture, disappearances and murder, claimed an estimated 60,000 lives, according to human rights groups. Victims included leftists and other dissidents, clergy, intellectuals, academics, students, peasant and trade union leaders and indigenous peoples.

The United States government, military and intelligence agencies supported Operation Condor with military aid, planning and technical support, as well as surveillance and torture training during the Johnson, Nixon, Ford, Carter and Reagan administrations. Much of this support, which the US attempted to justify within the context of the global Cold War struggle against communism, was based at US military installations in Panama.