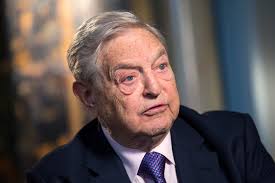 Evidence has emerged that money tied to Hillary Clinton and George Soros was used to pay women to make-up false claims that President Trump sexually assaulted them, according to a bombshell report in the New York Times. Writing for the Hill, investigative reporter John Solomon, reveals that payouts were made by attorney Lisa Bloom to women who were willing to come forward claiming that they were sexually harassed by Donald Trump.The money was a lure.According to the report, one of the accusers had the mortgage on her home paid off, whilst the other was offered cash payment of $750,000.

The names of two of the backers were revealed by the NY Times on Sunday and both are tied to the Resistance, George Soros, and Hillary Clinton.Just this week it was revealed that Soros invested a whopping $3 million into the New York Times by gobbling up a lion's share of the company's stocks.

Could this acquisition be a way of controlling the publication's narrative on such stories on the future?