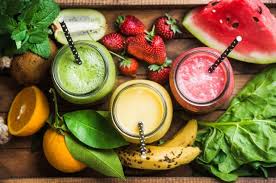 If the sugar content didn't already put you off, the discovery of alarmingly high levels of heavy metals in many fruit juices should be enough to steer you away completely.

Scientists from Consumer Reports recently tested 45 different fruit juices that are sold throughout the United States, and they found heavy metals in nearly half of them. We're not talking about trace amounts where you'd need to drink gallons of the juice to cause harm; the levels in some were high enough to be damaging with just 4 ounces of juice – or half a cup – per day!

While none of the juices were found to be entirely contamination-free, some were worse than others. Twenty-one of the 45 juices tested had concerning levels of lead, cadmium and inorganic arsenic, with "concerning" defined as amounts high enough that regular consumption can raise the risk of behavioral issues, some types of cancer, and other health issues. Grape juice and juice blends were some of the biggest offenders.