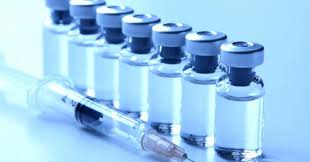 Now a new survey delving into feelings over immunizations finds the country may be more split on the issue than believed, with 45% of adults admitting to harboring some doubt about the safety of vaccines.

That said, the vast majority — more than eight in 10 surveyed — still view vaccines as effective and continue to support them, despite their concerns.

The survey, funded by the American Osteopathic Association, questioned 2,000 adults and asked doubters the source of their suspicions of the science-supported, long-established safety and importance of vaccinations. Of the nearly half who listed at least one source of doubt over vaccine safety, researchers found the most common sources came from online articles (16%), distrust of the pharmaceutical industry (16%), and information from medical experts (12%).

According to lead researcher Rachel Shmuts, a perinatal psychiatrist, widespread negative attitudes towards vaccines has become a phenomenon caused by human psychology and amplified by social media.

Fauci says it's likely coronavirus will be seasonal

Anyone Who Is Saying We Need To Keep You Locked Down Until A Vaccine Is Ready...

Anyone Who's Saying We Need To Keep You Locked Down Until A Vaccine Is Ready, Is On Pharma's