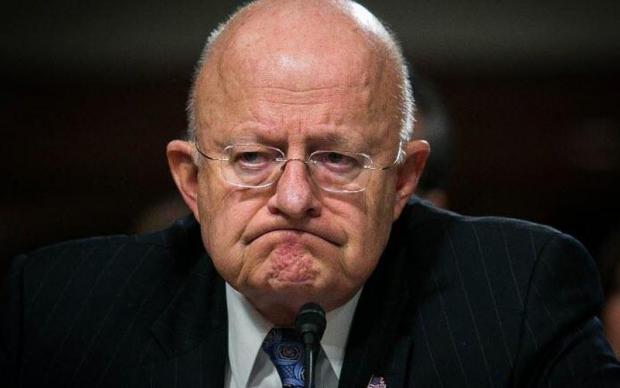 Former Director of National Intelligence James Clapper said on Thursday that Robert Mueller could just be a "figurehead" who may not have been involved in writing "his" own report, according to The Gateway Pundit

The comments came during a CNN interview discussing why Robert Mueller didn't seem to have "command" over the report's contents while testifying on Capitol Hill yesterday.

Clapper was heavily involved in the coup against President Donald Trump and was an advocate for the Russia hoax theory earlier on.

Mueller's role was likely more of a "CEO", he said. "I think his role as a special prosecutor was a lot more like a CEO where he oversaw the operations but did not engage in interrogating witnesses or actually writing the report."

James Clapper, one of the originators of the Collusion Hoax, suggests Mueller was just a figurehead, who was not involved in writing his report

And naturally, as the article asks, if Mueller didn't write the report, was it left to the anti-Trump zealots that filled his team? The piece notes that nearly "every single prosecutor on Mueller's team was a Hillary/Obama donor."

Lead prosecutor Andrew Weissman was with Hillary Clinton on election night and praised acting AG Sally Yates for not enforcing Trump's travel ban. Aaron Zebley, another Mueller team member, represented the IT aide that smashed Clinton's Blackberrys while under subpoena.

Zebley was next to Mueller on Wednesday to "advise" him on questions and was clearly more well versed on the report than Mueller himself was.