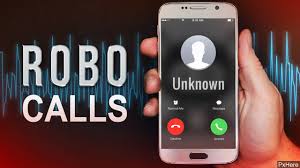 In a sweeping show of bipartisan support, the US House of Representatives passed a new piece of legislation that is designed to put a stop to annoying robocalls once and for all.

The aptly-named "Stopping Bad Robocalls Act", which was first introduced to the House last month, was approved this week in a landslide 429 to 3 vote.

The legislation is being lauded as a much-needed response to annoying robocalls after a February report from the FCC stated that there were over 5.7 million "Do Not Call" complaints from American consumers in 2018, over 3.7 million of which were classified as unwanted robocalls.

Thankfully, some of the bill's key measures include requiring phone carriers to implement call authentication technology so consumers can trust their caller ID again; directing the FCC to take action against unwanted calls and enact safeguards so companies can't abuse robocall exemptions; and ensuring the FCC has the authority and the tools to take strong, quick action when it tracks down robocallers.

Additionally, the measure will extend the statute of limitations from one year to three—and in some instances four—for callers violating robocall prohibitions.

The bill was introduced by two Democratic and two Republic representatives who issued a statement on the legislation's approval this week.

"Today, the House of Representatives voted to restore Americans' confidence in the telephone system and put consumers back in charge of their phones," reads the statement. "We're proud of the strong support our bipartisan Stopping Bad Robocalls Act received this afternoon and look forward to working with our colleagues in the Senate to produce a bill that the President can sign into law. The American people are counting on us to help end the robocall epidemic, and we will deliver for them."