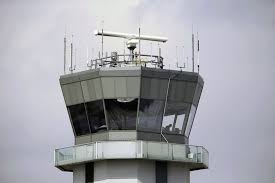 WASHINGTON (AP) — The Department of Homeland Security issued a security alert Tuesday for small planes, warning that modern flight systems are vulnerable to hacking if someone manages to gain physical access to the aircraft.

An alert from the DHS critical infrastructure computer emergency response tea m recommends that plane owners ensure they restrict unauthorized physical access to their aircraft until the industry develops safeguards to address the issue, which was discovered by a Boston-based cybersecurity company and reported to the federal government.

Most airports have security in place to restrict unauthorized access and there is no evidence that anyone has exploited the vulnerability. But a DHS official told The Associated Press that the agency independently confirmed the security flaw with outside partners and a national research laboratory, and decided it was necessary to issue the warning.

The cybersecurity firm, Rapid7, found that an attacker could potentially disrupt electronic messages transmitted across a small plane's network, for example by attaching a small device to its wiring, that would affect aircraft systems.

Engine readings, compass data, altitude and other readings "could all be manipulated to provide false measurements to the pilot," according to the DHS alert.

The warning reflects the fact that aircraft systems are increasingly reliant on networked communications systems, much like modern cars. The auto industry has already taken steps to address similar concerns after researchers exposed vulnerabilities.

The Rapid7 report focused only on small aircraft because their systems are easier for researchers to acquire. Large aircraft frequently use more complex systems and must meet additional security requirements. The DHS alert does not apply to older small planes with mechanical control systems.

But Patrick Kiley, Rapid7′s lead researcher on the issue, said an attacker could exploit the vulnerability with access to a plane or by bypassing airport security.

"Someone with five minutes and a set of lock picks can gain access (or) there's easily access through the engine compartment," Kiley said.

Jeffrey Troy, president of the Aviation Information Sharing and Analysis Center, an industry organization for cybersecurity information, said there is a need to improve the security in networked operating systems but emphasized that the hack depends on bypassing physical security controls mandated by law.

With access, "you have hundreds of possibilities to disrupt any system or part of an aircraft," Troy said.

The Federal Aviation Administration said in a statement that a scenario where someone has unrestricted physical access is unlikely, but the report is also "an important reminder to remain vigilant" about physical and cybersecurity aircraft procedures.

Aviation cybersecurity has been an issue of growing concern around the world.

In March, the U.S. Department of Transportation's inspector general found that the FAA had "not completed a comprehensive, strategy policy framework to identify and mitigate cybersecurity risks." The FAA agreed and said it would look to have a plan in place by the end of September.

WATCH: Glenn Beck EXPOSES how Big Tech is trying to STEAL the election

Bad Things CAN Happen Here And They ARE, But There May Be Hope For The Future

The Media Is Lying To You About Twitter's Hack

Twitter Races to Unravel How Cyber-Attack Came From Inside