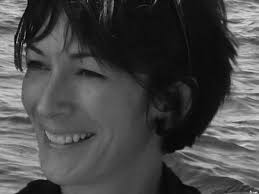 You know, the woman Jeffrey Epstein referred to as his "best friend" and who's accused of acting as his madam in this whole sordid affair. She seems to have disappeared off the face of the earth and very few people seem interested.

For the past few weeks, rumors have circulated that she's 400 pounds and living in Florida, or that she's living the high life in London or the Continent, but according to the Washington Post, authorities are having a hard time locating her.

Those who know her say that it's possible she is as much of a Houdini as Epstein. Both of them liked having secrets, and the way those secrets kept people off balance. "Jeffrey always wanted to give the impression that he was an international man of mystery—'I control everyone and everything, I collect people, I own people, I can damage people,'" says an ex-girlfriend.