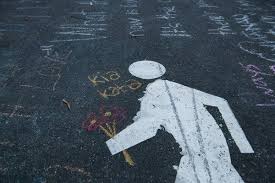 But when we actually study the mass shootings that took place in 2019, it's clear that Patrick Crusius and Connor Betts are not the norm, but aberrations.

"Mass shooters have no particular ideology. Crusius and Betts were opposites ideologically. (Though both cared deeply about the environment.) Nor are mass shooters a white problem or a black problem. Over the same bloody weekend, William Patrick Williams, who is African-American, appeared in court after being arrested by the FBI for planning to shoot up a Texas hotel with an AK-47 rifle.

"Looking at the data from the Mass Shooting Tracker, widely utilized by the media, as of this writing, of the 72 mass shooters, perpetrators in shootings that killed or wounded 4 or more people, whose race is known, 21 were white, 37 were black, 8 were Latino, and 6 were members of other groups.