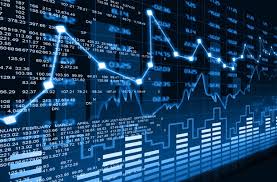 But when it comes to other deeply complicated skills like, say, composing a symphony or penning a critical essay, humans have the upper hand. Why? Because these tasks require higher levels of judgment and reasoning that computers have yet to master.

Yet, this could explain why quant funds have performed so well during the epic global bond rally that has dragged yields on $15 trillion in global debt into negative territory this year, virtually eliminating the concept of 'high yield' debt in Europe. Most recently, it sent the yield on the 30-year bund to a record low and allowed Sweden to sell 10-year sovereign debt with an average yield of minus 0.295%, joining an elite group of issuers who have sold debt priced in such a way that buyers who opt to hold it to maturity will face a certain loss.

For  humans, particularly for those who lack the luxury of a Phd in economics, it might seem bizarre to ask a lender to pay a borrower for the privilege of borrowing the lender's money. Computers, on the other hand, are totally unfazed by this concept. They're much better at buying when the model says to buy, and selling when it says to sell.