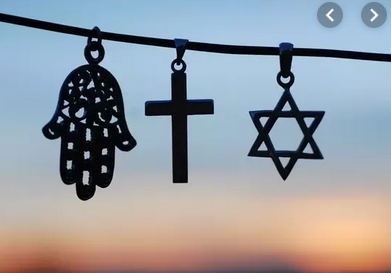 Jordan Peterson had a discussion with Steven Pinker; it was posted recently although it seems to have been recorded several months ago.  The topic was Progress, Despite Everything.

Steven Pinker is an unabashed champion of the Enlightenment.  If one can point to the defining characteristic of the Enlightenment – the one idea that identifies it as an event, as an idea that has captured the West – it would be the death of God.  Man's reason elevated above all else – pure reason.  From Immanuel Kant:

Enlightenment is man's release from his self-incurred immaturity. Immaturity is man's inability to make use of his understanding without direction from another. This immaturity is self-imposed when its cause lies not in lack of reason but in lack of resolution and courage to use it without direction from another. Sapere aude! "Have courage to use your own reason!" — that is the motto of enlightenment.

Reason without direction from another.  Secondarily (or maybe a derivative), to be considered science, the study must now be objective – testable, touchable, provable, falsifiable.  Pinker is a big fan of the Enlightenment and sees nothing but, and only, the good in it.  Peterson certainly is a student of the Enlightenment, but it is clear by the intellectual path he is walking that he questions some of the premises and results.

There is another side to the Enlightenment, of course.  N.T. Wright reminds us that the guillotine and the Gulag are also products of the Enlightenment.  It is a side about which Pinker is – or chooses to be – ignorant.

I won't dive deep into the discussion between Peterson and Pinker, but there are a few points worth touching on – everything paraphrased.  First…overall, I had the feeling that this conversation was a result of Peterson running the risk of fully losing his "card" – the one that all respectable intellectuals carry – and that Pinker was sent on a task to try and rescue Peterson from this catastrophe.  But it was just a feeling.

They begin the discussion commenting on the pushback Pinker has received – pushback given his praise of the Enlightenment.  Perhaps due to it being attributed to white history or some such, it is not clear.  Given the significant material progress, Pinker cannot understand at all the pushback.

Peterson also appreciates the progress, but seems hesitant – at least early in the conversation – to properly challenge Pinker on the negatives.  This, it seems to me, should be easy for Peterson: he gets caught up in the material progress discussion with Pinker, but this is really the wrong battle.  Peterson knows that the drawback isn't the material progress.  It is in the lack of meaning brought on by measuring life merely on the basis of material progress.

With God removed, man has lost meaning.  This has been Peterson's message for more than a decade – and quite publicly for two years; it is resonating with a significant audience.  In any case, we see the results: count suicides or opioids, just as a start; or, witness the lack of desire in defending Western Civilization.

Peterson raises the point: what about the loss of Christianity?  Pinker shoots this down hard: Christianity is irrelevant – sure, a few tidbits leftover from that barbarous relic got through the filter of the Enlightenment, but it was just a little picking and choosing, nothing that was meaningful.  It all had to be dumped in order to finally see the light.

Doesn't Peterson remember the wars of religion, asks Pinker.  Peterson properly refers to such wars as wars of tribalism.  I recall Hans Hoppe describing these wars as wars of state – the various nobles and princes used religion as a pretext to break free from the competing authority of Rome.  Pinker throws out the tired exaggerations of burning witches and the like (a speck in the eye of the political imprisonment and tortures since the Enlightenment); Peterson, unfortunately, has no response to this.

Of course, Pinker is both right and wrong about the value of Christianity.  The Enlightenment, after all, killed God.  So Christianity didn't come through.  But Enlightenment ideas are built on a Christian foundation, and without this foundation we have Wright's guillotine and gulag – and today's despair in the West.  What we are living through is the inevitable outcome of a house without a solid foundation.

What we need is more trust in God. --- A leaf sways in the breeze. Nobody can track which molecules of air, and which energy waves, cause it to sway as it does. Why not? We are too obscure in our thinking. And that is regarding only one leaf. But God knows it all, because He set up the cause-and-effect that makes it all happen, right in the beginning when He made the world. --- Proverbs 3:5: "Trust in the LORD with all your heart and lean not on your own understanding."