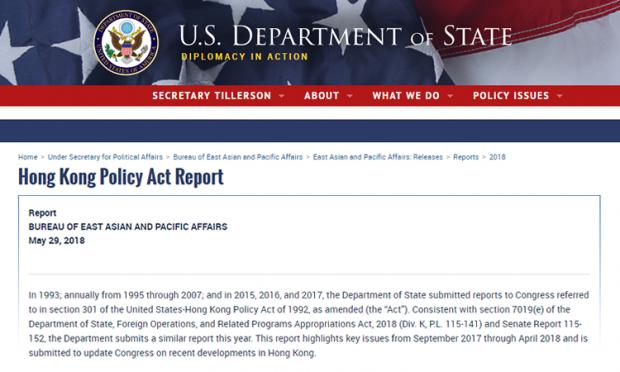 Noting that "Chinese state-owned media" were alleging that the protests were "all the fault of the Americans," she asked Pillsbury point blank: "So what do you think? It's all the Americans' fault?"

Obviously, she was expecting a simple "no." Instead, Pillsbury told her: "It's not all our fault, but we're partially involved. We have a large consulate there that's in charge of taking care of the Hong Kong Policy Act passed by Congress to ensure democracy in Hong Kong. We also have funded millions of dollars of programs through the National Endowment for Democracy to help democracy in Hong Kong. So in that sense the Chinese accusation is not totally false."

Like an old propaganda master, McFarland ignored that inconvenient answer and plowed ahead with her questions as prepared (including one that began "My former boss, Henry Kissinger, and I know he's a friend of yours as well. . ."). Regardless, the ugly truth did peek out from behind the slickly-packaged "news" propaganda, if only for a moment, and there was no putting the toothpaste back in the tube.

Five years old now, that exchange has resurfaced in the wake of the latest round of protests in Hong Kong to underscore the point that Uncle Sam does have his fingers in the HK pie and...

Taliban Remains Committed to Afghan Peace Deal With US

'Things Are Going to Get Easier':