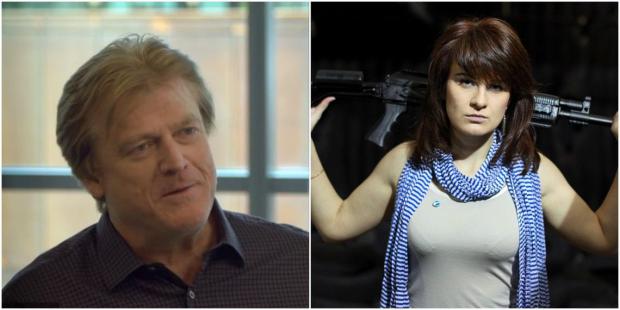 "Eventually, yes they did," Byrne said when asked by CNN anchor Chris Cuomo whether the FBI  "told you you needed to have romantic relationship with somebody."

However, when Byrne informed the FBI of Butina's mission to promote Russian interests in the U.S., "they kept on dismissing it."

"It was so strange that I was thinking, it's almost like they're letting this can-o-scandal develop and someday they're going to shake it up and crack it and spray it all over the Republican Party," Byrne said.

He said the FBI ordered him to break up with Butina but then in summer, 2016 requested him to "rekindle" the relationship as investigators probed Russian election meddling.

"They came back to me and said, 'Boy, what a mistake we made. Russia, you're right … highest national priority,'" he said.

"They said, 'We want to be clear – this never happens in the United States,'" Byrne said. "'We are the good guys. We don't work like the bad guys, but we need to ask you to rekindle a romantic relationship with Maria Butina.'"

Butina is currently serving 18 months in prison for acting "under direction of" a Kremlin-backed Russian official identified as former Russian politician and banker Alexander Torshin to curry favor with American political groups such as the National Rifle Association and promote Russia's interests in the U.S.

Strzok made headlines last year when disparaging texts about President Trump were uncovered sent from the now-fired FBI agent to his mistress, former FBI lawyer Lisa Page, casting a shadow on the FBI's reputation.