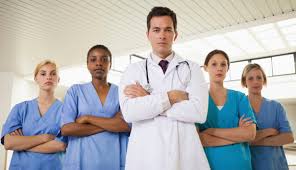 It all started when a boyfriend playfully tried to push his girlfriend into the pool.

Most people would see that as harmless horsing around. But one lady saw domestic violence. So she called the police.

Police came and arrested the boyfriend. His girlfriend, the alleged victim, became quite irritated, as you could imagine. She insisted that he had done nothing wrong, and they were just fooling around.

Then she walked away from police as they were talking to her. So one officer saw fit to run up behind this 5-foot tall woman and body slam her to the ground. He took her down with such force that he broke her collarbone, and she lost consciousness.

Amazingly enough, the police then arrested HER and charged her with disturbing the peace.