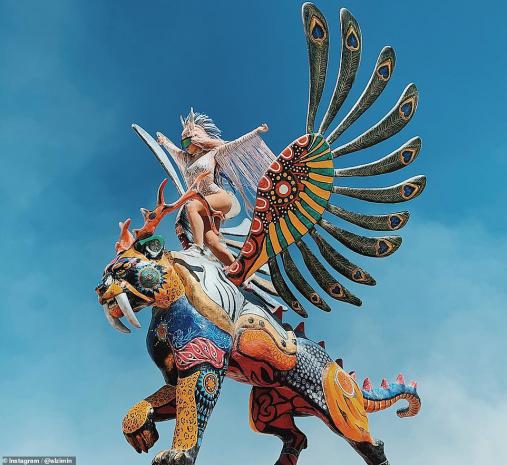 Tens of thousands descended on the annual celebration of 'community, art, self-expression, and self-reliance' in 'Black Rock City' - a crescent shaped campsite constructed by attendees - in the middle of the desert in Nevada.

This year's theme 'metamorphosis' was inspired by Franz Kafka's novel of the same, where Gregor Sampsa awakens as a 'giant insect' and the mythology of ancient Rome. The site describes the balance between 'reward' and 'divine punishment' during transformation, where in fables 'luckless heroes find themselves transformed into birds and beasts, trees and mountains, even constellations of stars.'

Reflecting on the feelings of transformation, which many festival goers claim to experience during 'the burn,' this year's event hopes people will reflect on what change they can be in the world rather than a passive observer.

The themes of Burning Man are often interpreted into infamously outlandish, colorful and more often than not scantily clad costumes.