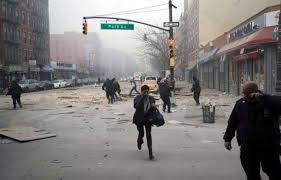 New York City leads all US metro areas as the largest net loser with an estimated 277 people moving out of the area every single day. This is more than twice the 132 people who left the metropolis one year ago. Los Angeles and Chicago have also seen a triple digit net loss of 201 and 161 residents leaving in 2019, respectively.

These numbers were sourced from 2018 census data on migration flows to (and from) the largest 100 US metropolitan areas. These migration figures do not take into account the natural net change in population, i.e., accounting for births and deaths.

On the other side of the coin, cities like Dallas, Phoenix, Tampa, Orlando, Atlanta, Las Vegas and Austin all saw substantial inflows as a result of both domestic and international migration. Houston and Miami also saw enough inflows to rank them eighth and ninth, while Seattle rounded out the top 10 and was the only cold weather destination on the list.