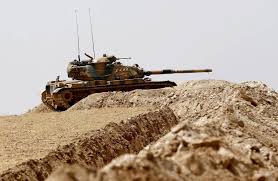 That's the official version.  President Donald Trump keeps changing his mind about the number of US troops to be withdrawn.  The latest version from the White House has 5,000 US troops remaining in Afghanistan as a permanent garrison to guard the major air bases at Bagram and Kandahar and protect the US-installed puppet Afghan government in Kabul.

Without US troops to defend it, the Afghan regime of Ashraf Ghani would be swept away in days.  Even Trump has admitted this.  Keeping the Ghani regime safe in Kabul would at least provide a fig leaf to claim the US-backed government was still in charge.

The pro-war right in Washington is crying to high heaven at this prospect.  Senators and congressmen who never heard a shot fired in anger are ready to fight to the last 18-year-old American soldier and keep the trillion-dollar war sputtering on.

To date, 2,426 American soldiers have been killed in combat in Afghanistan, with some 20,000 wounded, many of them permanently maimed.