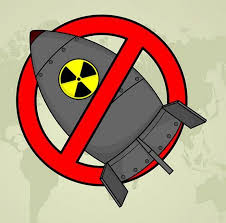 There was a spike in radiation levels detected in the city of Severodvinsk, roughly 18 miles away, shortly after the accident. Seven people were killed as a result of the explosion, including at least two who died of acute radiation poisoning. Scores of others were exposed to radioactive materials, and subsequently decontaminated and placed under observation. Within days, the Russians declared that all radiation readings in and around the accident site were at normal levels.

Many Western experts believe that the Russians were testing a nuclear-powered cruise missile, the 9M730 "Burevestnik"—known in the West by its NATO designation, the SSC-X-9 "Skyfall"—and that a miniature nuclear reactor these experts believe was used to power the missile exploded. Other experts, including me, question this conclusion. But a recent report by Roshydromet, the Russian agency responsible for sampling air quality, showed the presence of four distinct isoptopes in the atmosphere after the accident that are uniquely sourced to the fission of uranium 235, strongly suggesting that a reactor of some sort was, in fact, involved (mitigating against this conclusion is the fact that no iodine 131 was detected; iodine 131 is the most prevalent isotope produced by the fission of uranium 235, and its absence would be highly unlikely in the event of any reactor explosion).

The bottom line, however, is that no one outside the Russians responsible for the failed test know exactly what system was being tested, why it was being tested, how it was being tested, and why that test failed. The Russian government has refused to provide any details about the test. "When it comes to activities of a military nature," Russian President Vladimir Putin said in a press conference a few days after the accident, "there are certain restrictions on access to information. This is work in the military field, work on promising weapons systems. We are not hiding this," he said, adding, "We must think of our own security."