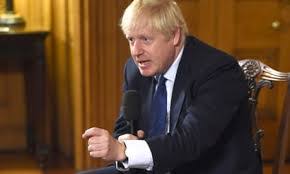 The gloves have come off on both sides. MPs are now plotting a strategy to take total control of the House of Commons, and anti-Brexit Lords have devised a strategy to frustrate a filibuster. The important question is not whether a legislative route is theoretically possible within the time limits - we think it probably is - but whether the rebels have the votes, and if they do, whether such legislation is effective. On the first, we don't think they do. On the second, we are sure that it is not.

?Regarding time limits, Eurointelligence seems to have come around to my point of view that the real physical limit may be September 9.

Alternatively, both of us noted a chance of everything getting done precisely on September 3. That mathematical chance always existed.

Possibly we are discussing two different things depending on what Eurointelligence means by "legislation".

The point is moot because even if there is time and there is a sufficient number of votes, Eurointelligence has the view I have stated many times recently "we are sure" that it won't work.