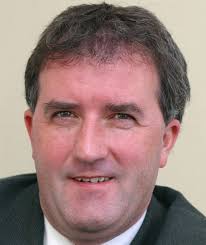 'No man can be forced to be healthful, whether he will or not. In a free society, individuals must judge for themselves what information they choose to heed and what they ignore.' John Locke. 'A letter concerning Toleration'

Here, I am going have another look at vaccination, before scurrying away from the subject for a bit, and getting back to the safe ground of cardiovascular disease. Much to the relief of some of the regular readers of this blog, no doubt.

I have to say that I thought long and hard about blogging on vaccination. It is the most brutal area for discussion that I have ever seen, and a reputation shredder. If you even dare to hint that there may just be the slightest issue with any vaccine, people come down upon you like a ton of bricks.

I also know that by daring to write on this subject, there will inevitably be people moving behind the scenes to have my blog taken down. I cannot imagine WordPress management going to the wire to protect my right to free speech. A little flick of a switch, and I will be gone from the airwaves.

However, as we move towards a world where it seems that all Governments around the world are going to pass laws mandating vaccination for everyone, and people are fined, or lose their jobs, for speaking out, or refusing to be vaccinated, then I feel that some attempt to discuss the area is essential.

Because, once something becomes mandatory, and any research into possible harms moves strictly off limits, we really need to be absolutely one hundred per-cent certain that there is no possibility that we may be doing harm. Or, that we are reducing any potential harm to the lowest level possible.

Can vaccines do harm?

'Prof Martin Gore, 67, one of the UK's leading cancer scientists, has died, the Royal Marsden NHS foundation trust has said. His death was following a yellow fever vaccination.' 1

A tragedy for a brilliant medical researcher and his family. It was brought to my attention by my wife, who knew him quite well.

However, even here, we can see any criticism of vaccines being toned down and deflected. The words 'caused by' were carefully avoided. It was reported that he died following a yellow fever vaccination – which could mean he was vaccinated, then got hit by a bus. In fact, if you read a little more deeply, it becomes inarguable that the yellow fever vaccine was the direct cause of his death.

Yes, such an event is rare, but such events do occur. People can die following vaccinations, as a direct cause of that vaccination, although the information can be very difficult to find. In Germany, the Paul-Erlich Institute [PEI] is the organisation responsible for the reporting of vaccine security/safety.

'Between 1978 and 1993 approximately 13,500 cases of undesired effects resulting from medications for vaccinations was reported to the Paul Erlich Institute (PEI) which is the institute which is responsible for vaccine security; the majority was reported by the pharmaceutical industry. In 40% of cases the complications were severe, 10% pertained to fatalities on account of the effects.' 2

Yes, the numbers are relatively small – although by no means vanishingly small. In a fifteen-year period that is 1,350 deaths. If the Germans are preventing tens of thousands of deaths a year through vaccination, then a thousand severe complications and a hundred deaths or so, per year, may be a price worth paying? Discuss.

My own view is that you should never compel people to undergo a medical procedure that could result in severe damage – or death. But my philosophy is very much on the radical libertarian end of the spectrum. Others feel that personal liberties should be restricted for the overall good of society. A central philosophical divide, I suppose.

One of the other interesting facts from the Paul-Erlich Institute is that 'severe cases' of vaccine damage, that occur, that must be reported, include:

These are not my words; these are the words of the PEI.

The only response against anti-vaxxers is, if enough people don't get a certain vaccine, and then they get sick from the "disease" in question, their weakened state might cause them to get/start and epidemic of other diseases that are not protected by the vaccines available. I mean, if the vaccine works, then you are protected no matter how many other people get sick. The thing we are finding out is that vaccines actually wreck immune system strength of the "imbibers," so that they are the ones who are causing the epidemics. They might be protected from one or two disease, but vaccines weaken them so that they are susceptible to all kinds of other diseases.

Chemobrain is real. Here's what to expect after cancer treatment

Bombshell plea from NYC ICU doctor: COVID-19 is a condition of oxygen deprivation...