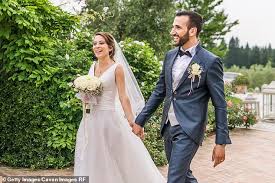 The marriage rate in the United States began steadily falling in the 1980s and has been hovering near record lows in recent years, and much has been written about why this is happening.  But now researchers from Cornell University are promoting a shocking new theory that could fundamentally change the nature of the entire debate.  According to their new study which was just published in the Journal of Marriage and Family, the primary reason why the U.S. marriage rate has been declining is because there is a "lack of economically-attractive men".

In other words, these researchers are saying that a large number of single men out there are simply not "marriage material" because they are not making enough money.  It seems very strange that researchers at an Ivy League university would make such a claim in this day and age, but apparently they are quite serious.

According to the lead author of the study, marriage "is fundamentally an economic transaction"…

"Most American women hope to marry but current shortages of marriageable men—men with a stable job and a good income—make this increasingly difficult, especially in the current gig economy of unstable low-paying service jobs," said lead author Daniel T. Lichter, PhD, of Cornell University. "Marriage is still based on love, but it also is fundamentally an economic transaction. Many young men today have little to bring to the marriage bargain, especially as young women's educational levels on average now exceed their male suitors."