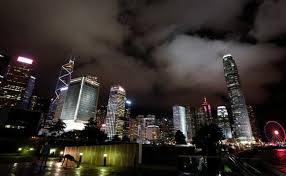 Hong Kong ranks among the freest societies in the world. Not only economically, but socially it is a very liberal place. It was marinated in British ways until 1997, much longer than Singapore and other colonies. Then China took it over as a special administered region, which according to the agreement with the UK meant that it was only nominally to be under Chinese control for the next 50 years. It was possibly the only colony in which a vast majority of citizens did not want the British to go.

For most of the past 22 years, China has been easy on Hong Kong, despite the fact that the People's Liberation Army's garrison headquarters is one of the most visible landmarks of Hong Kong island, a constant symbol of the fact that China can fully take over Hong Kong in minutes, if it wants to.

This alone is enough to generate fear and hate among the people of Hong Kong. It does not help that they are conscious and made aware every day by the hordes of visiting tourists from China — through what are seen as their rather less sophisticated ways, their rudeness and misbehavior — that the far less developed country of China controls one of the richest societies on the planet.

Nouveaux riches from China buy properties in Hong Kong, driving up prices, their children take up slots in good schools, and they put buying pressure on edible goods, such as milk powder, etc., that have a high risk of being adulterated in China. Or at least this is what the people of Hong Kong think.