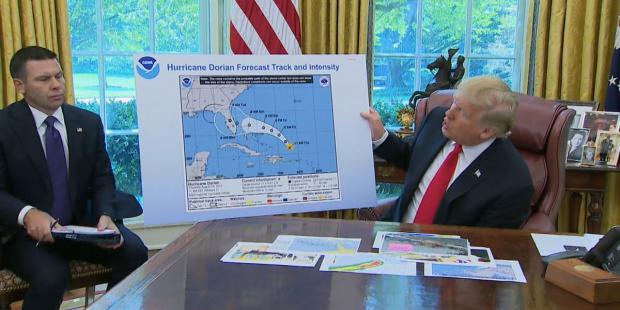 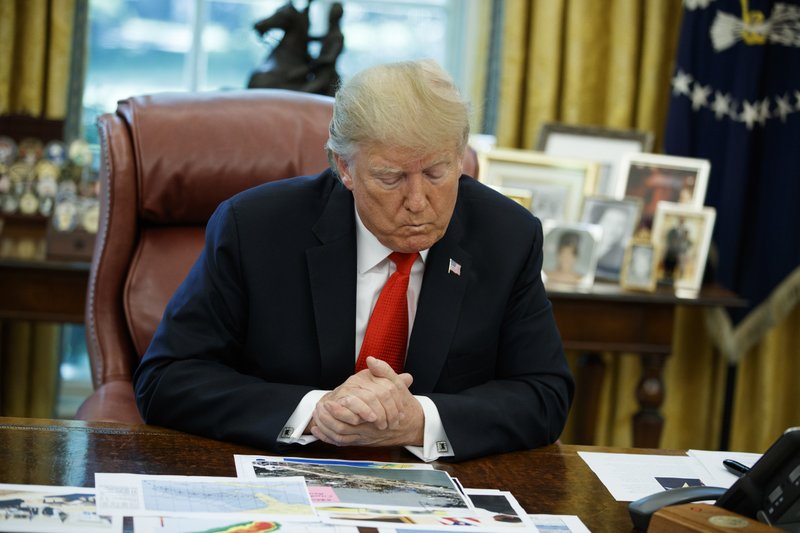 President Donald Trump looks at his notes during a briefing on Hurricane Dorian in the Oval Office of the White House, Wednesday, Sept. 4, 2019, in Washington. (AP Photo/Evan Vucci)

WASHINGTON (AP) — Former top officials of the National Oceanic and Atmospheric Administration are assailing the agency for undermining its weather forecasters as it defends President Donald Trump's statement from days ago that Hurricane Dorian threatened Alabama.

They say NOAA's action risks the credibility of the nation's weather and science agency and may even risk lives.

Dismay came from those who served under Republican and Democratic presidents alike as leaders in meteorology and disaster response sized up a sustained effort by Trump and his aides to justify his warning that Alabama, among other states, was "most likely" to be hit hard by Dorian, contrary to forecasts showing Alabama was clear.

That effort led NOAA to repudiate a tweet from the National Weather Service the previous weekend assuring Alabamans — accurately — that they had nothing to fear from the hurricane. The weather service is part of NOAA and the tweet came from its Birmingham, Alabama, office.

"This rewriting history to satisfy an ego diminishes NOAA," Elbert "Joe" Friday, former Republican-appointed director of the National Weather Service, said on Facebook. He told The Associated Press on Saturday: "We don't want to get the point where science is determined by politics rather than science and facts. And I'm afraid this is an example where this is beginning to occur."