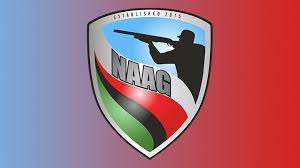 But another, lesser-known gun organization is thriving: the National African American Gun Association, the largest minority gun group in the country.

The group was founded by Phillip Smith, who fondly remembers the first time he fired his 9 mm pistol at a gun range.

"I felt free," Smith said. "I had a chance to kind of have some power in my hands."

Smith formed the first chapter of the National African American Gun Association, or NAAGA, in Atlanta.

"We have folks from every walk of life," Smith said. "Black doctors, gay, straight, Republicans, Democrats. You name it, we have it … We're not monolithic in why we're all here. We have different reasons."