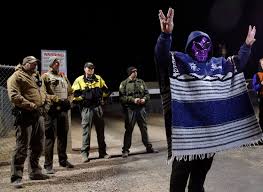 Storm Area 51, They Can't Stop All of Us' event has commenced in rural Nevada

Thousands of people have already started arriving in the towns of Rachel and Hiko, located close to the highly classified Air Force base

However, just 75 people marched to the gates of the facility early Friday morning

Last week, police arrested and jailed two Dutch tourists for trespassing on a government site after they were inspired by the Area 51 event