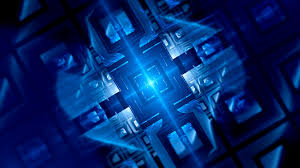 (Natural News) Over the last 24 hours, Natural News and NewsWars have spearheaded the reporting on the implications of Google's "quantum supremacy" announcement from Friday. What's astonishing is how few independent media publishers and mainstream media outlets are covering this story, considering it's the biggest computing milestone in the history of humanity, with game-changing implications for the future of the human race.

The "crypto" in "cryptocurrency," of course, stands for "cryptography." It is cryptography that allows cryptocurrency transactions to be securely communicated over non-secure networks (such as the open internet) while verifying the authenticity of the party sending cryptocurrency funds. Quantum computing makes classical cryptography obsolete for mathematical reasons explained below.

Cryptography relies on cryptographic asymmetry, which is rendered obsolete by quantum computing

What this means is that even if Bitcoin doubled the number of bits used in its encryption algorithms to 512, quantum computers simply need to increase their qubits to 512 to be able to break all the Bitcoin encryption in about the same amount of time the encryption required (which is almost no time at all).

So you might say why not just make all Bitcoin encryption 1024 bits, or 2048 bits, or 4096? The answer should be obvious. Thanks to quantum computing, you no longer have an asymmetrical computing advantage, meaning that you are adding just as much computing burden to the encryption side as you are to the "breaking encryption" side of the equation. And if you thought Bitcoin was slow and bloated today, just imagine how slow it would become if you start doubling or quadrupling the number of bits needed for every secure communication.

Meanwhile, quantum computing is leaping forward at orders of magnitude that make your head spin. Honestly stated, most people just don't follow the math and can't comprehend the reality of how much faster quantum computers are at breaking encryption codes compared to classical computers.

1 Comments in Response to EXCLUSIVE: Why Google's "quantum supremacy" means the end of encryption security ...

Consider https://research.kudelskisecurity.com/2019/04/02/cryptography-on-a-quantum-computer/, which might be an opposing view. But the point is, whenever quantum computers go more or less main stream, if the article is right, there won't be anything like government or private security any longer. All encryption will be able to be broken, maybe by anybody, maybe easily.