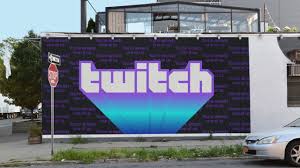 Twitch is a media giant with a size that's almost impossible to fathom. Now owned by Amazon, the live-video service was built on the backs of streamers—traditionally, people playing video games while talking about their experience, though increasingly more diverse content including cooking and talk shows. That little idea has blossomed into a network with 50,000 channels at any given moment, with more than a million people watching every second, powered by nearly four million people who broadcast themselves every month.

Now, Twitch is launching a bold, updated brand to highlight that community. How? The company built a new brand system grounded with several logos that live on an identity spectrum. At one end, it's Twitch, the pixely, purple corporation, with its familiar blocky look that reminds us of its video-game roots. In the middle, it's Twitch blended with the colors of any individual streamer. And at the far end, it's Twitch as an ever-changing rainbow, the brand and the users all in one. The new brand will launch with a major advertising campaign, the first in Twitch's history. The tagline? "You're already one of us."

For Twitch, which has grown for nine years without ever advertising itself and no doubt facing a new wave of competition from a hungry Microsoft and a handful of similar, Chinese startups, it was time. The brand is an attempt at corporate maturation . . . without going too corporate.