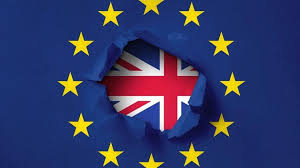 I'm no British legal scholar, and I certainly don't want to be, but from what I understand the arguments used seem incredibly dangerous.

In effect, the plaintiffs argued that if the Prime Minister can suspend Parliament for any length of time, say three days, it would be legally no different then him suspending Parliament for a year or, even, indefinitely.

That's a dangerous line of argument given the more than 300+ year history of this process, with the Prime Minister proroguing Parliament under far more dubious conditions in the past. This does limit the role of the Government to conduct business and set the agenda, especially if and when the day comes that Parliament is not staffed by people who are loyal to their constituents and not the political elite.

Far be if for this anarcho-libertarian not to cheer at the ineptitude of this arrangement, but it does highlight what's fundamentally wrong with putting your faith in systems run by men.

The speed with which this was pulled together is the clue that this was a 'stitch-up' from the very beginning. Time is running out to stop a No-Deal Brexit, or any kind of meaningful Brexit for that matter, and therefore everything must be turbo-charged.