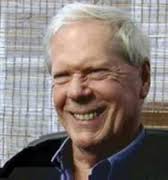 "It's sadly ironic that "feminism" has such disdain for femininity.  Our society now heaps the most praise on women when they exhibit traditionally male traits such as strength, independence and excellence in STEM occupations.  The woman who wants to marry and devote herself to being a good wife and mother, making home a safe and happy place to be, is ignored or disdained by the media.

"It's okay for a woman to be gorgeous and have lots of sex appeal as it's another form of power, but to devote herself to her family and sacrifice for her children, is now considered embarrassingly old-fashioned.  It is universally understood that a happy childhood is the main key to creating happy, productive adults, but motherhood is being delegitimised.

"Could this be because our overlords want to create a loveless society where every man and woman are looking out only for #1?

"Mothers most of all LOVE, and good mothers (and fathers) raise children who are also capable of forming strong, lasting bonds with other people, and creating their own happy families some day.  Love strengthens us, and the bigger our network of loved ones, the safer we are.  We thrive when our lives are filled with laughter, intimacy, companionship, knowing that we matter, and that we will always matter, even when we can no longer care for ourselves.

"On a material level, when one falls, the others can raise him up, so no crisis need ever be permanent.  For a person on their own, the loss of a job or a serious illness can drag them down so low that they may never recover.  This is, of course, what our satanic rulers want: for us to be isolated, scared and vulnerable.

"Another disturbing trend is the state intervening between parents and child and superseding the parents in determining what is right for the child. For example, a woman who had just given birth refused the Vitamin K shot for her baby, and the nurse then left the room with the just-born infant, rather than letting the parents immediately hold her.  It was 12 awful hours before they got their newborn back.  It's part of a trend. Parental rights are being trampled.  The state, we are told, knows better than parents what is best for their child.

"I believe the ultimate goal of driving women towards careers and unattached sex is to destroy the family and eventually have children being born (possibly from test tubes) who have no parents and belong only to the state.  Children  outsourced to preschool, nannies and daycare, are not encultrated into family life."

The family is under attack from more sources than feminism. Economic pressures have forced wives and mothers into the work force.  Formerly the rule was that corporations had equal responsibilities to the workforce, customers, communities and shareholders. This rule gave way to the argument that corporations only have responsibility to shareholders.  This new rule was enforced by Wall Street's threat to finance takeovers of any company that did not do everything to maximize profits.  Consequenty, today the only beneficiaries of corporations are shareholders.  Wages are suppressed by jobs offshoring and work visas, benefits are cut, and a person's job can disappear without a moment's notice. Economic insecurity forces wives and mothers out of their role of providing household services into the male role of providing money.

Child Protective Services, a gestapo state organization created by wicked "child advocates," has undermined parental authority over children. So many things now qualify as "child abuse" that children can retaliate against parental authority by calling CPS.  The consequence for the child and the parents can be draconian, and this realization by parents shifts power to the child.

Recently I linked to a Russian's view of why the modern family breaks up. He said that feminism has turned marriage into a power struggle.  The woman seizes power by making the child an idol and herself his priestess, leaving the man as an economic appendage.  "As a result, the entire family structure is destroyed, and the man leaves the family to find a place where he feels more comfortable. Thus the family falls apart." https://russia-insider.com/en/culture/patriarchy-preserves-families-feminism-destroys-them/ri27459  I have seen many cases of this.  It is probably the main reason that middle class wives are becoming single mothers.

Stefan Molyneux on What Feminism Has Done to Women

Molyneux makes some good points about the damage feminism has done to women.  Unfortunately, to illustrate the damage he uses the feminist propagandistic portrayal of men whose interest in women is alleged to be limited to their vagina.  Perhaps this is the case with promiscuous men, known in my day as "womanizers" and to the English as "rakes," but most men want a loving, mutually supportive relationship.  Men are really happy if their woman occasionally takes the sexual initiative so that they don't always feel like supplicants and if she is passionate in their love-making.

Feminism has made such a relationship harder and harder for men to find.  Indoctrinated by feminism, a woman regards her vagina as the source of her power, and expects to be paid for access whether she is a wife or one of the millions of young college girls serving as concubines to financially successful men in exchange for educational and living expenses. The college girls are selling sexual services, but the wife is also being paid. For example, her pay is her husband's acquiescence to her having the family decision making authority.  She decides where they go on vacation. What house they live in, the schools the children go to, when the kitchen and bathrooms are renovated, who their friends are.  The price of resistance is a cold wife.