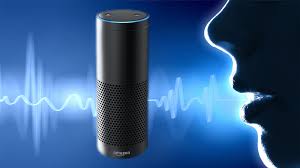 The company tries to temper customer concerns by unveiling privacy controls like auto-deleting recordings and "Home Mode" for Ring cameras.

Within the first five minutes of Amazon's product launch event last week, hardware chief David Limp's voice took on a serious tone. As he walked across a stage at the company's Seattle headquarters, a Twitter message appeared on a large screen behind him, from a customer worried about the tech giant's voice assistant. "@AmazonHelp," it read, "I have privacy concerns surrounding your Alexa device."

Limp addressed the hundreds of reporters and analysts at the event. "I know many of you have written headlines about this over the past year," he said. "And we care about this."

Then Limp demonstrated how seriously Amazon is taking privacy, unveiling a host of new features that give consumers more control over Alexa privacy settings. Those features include auto-deleting recordings, preventing Alexa from turning on at unintended times and more privacy controls for Ring home-security cameras.

Limp's introduction to Amazon's celebration of its product ingenuity veered away from the typical script of tech presentations, which are often either brand rah-rah sessions or extended gadget advertisements, or both.

The choice to deviate from Big Tech's playbook underscores how serious a problem privacy issues have become for voice assistants, particularly Amazon's Alexa. The list of woes includes news that human reviewers listened to users' private conversations, a common practice to train digital assistants but one many customers didn't know about. Amazon's child-friendly Echo Dot Kids Edition smart speaker has also worried parents over how it uses and stores kids' data.

So far, there's little indication these worries have weighed on sales of voice-activated devices like Amazon's Alexa-powered Echo line. But Limp and his team seemed to understand that if the problems fester, they could erode consumer trust. So rather than avoid the unpleasant conversation, Amazon opted to address it publicly. Now it'll be up to consumers to decide whether the giant e-retailer has done enough.