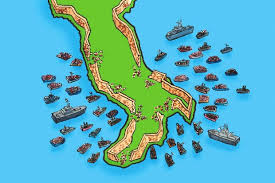 More than 1,400 migrants reached Italian shores since the new government took office on September 5, according to data compiled by the International Organization for Migration (IOM).

Many of the new arrivals are reaching Italy by using new people-smuggling routes that originate in Turkey. In recent weeks, at least five migrant boats have landed in Calabria, in the far south of Italy. On September 21, for instance, 58 migrants, all Pakistani males, reached the Calabrian port of Crotone.

People-smuggling mafias are also using new routes in the Southern Mediterranean to move people to Italy from sub-Saharan Africa. In recent weeks, criminal groups have used small boats to transport migrants from Libya to Tunisia, from where the crossing to Lampedusa, Italy's southern-most island, is shorter and less risky. On September 20, for example, 92 migrants from sub-Saharan Africa — Gambia, Ivory Coast, Mali and Senegal — reached Lampedusa.