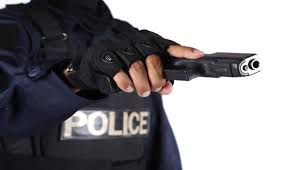 Think twice before you call the cops to carry out a welfare check on a loved one.

Especially if that person is autistic, hearing impaired, mentally ill, elderly, suffering from dementia, disabled or might have a condition that hinders their ability to understand, communicate or immediately comply with an order.

Particularly if you value that person's life.

At a time when growing numbers of unarmed people are being shot and killed for just standing a certain way, or moving a certain way, or holding something—anything—that police could misinterpret to be a gun, or igniting some trigger-centric fear in a police officer's mind that has nothing to do with an actual threat to their safety, even the most benign encounters with police can have fatal consequences.

Unfortunately, police—trained in the worst case scenario and thus ready to shoot first and ask questions later—increasingly pose a risk to anyone undergoing a mental health crisis or with special needs whose disabilities may not be immediately apparent or require more finesse than the typical freeze-or-I'll-shoot tactics employed by America's police forces.