Have a look at the image accompanying this rant. It is popping up when Facebook users access their page. That creepy Zuckerberg kid – who isn't one anymore but is even creepier than he was when he became the . .  . face of this Deep State data-mining/surveillance and (soon) control grid wants to watch you while you're on Facebook. And correlate your face with images of it that appear anywhere else that's digitized.

It's reality TeeVee – with you as the star. Only you're not being paid. Instead, you're being used. Your data, to compile a "consumer" profile tailored to your consuming, so as to direct the appropriate spiels your way – without so much as a discount from the sordid peddlers pushing their wares in front of your  . . . face. 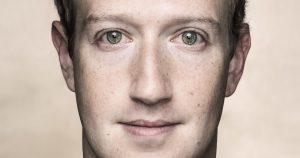 And once Facebook has your face, they can use it – along with their algorithms – to compile (and maintain) a record of where you've been and what you were doing there. Your habits and inclinations. Everything that can be seen.

Remember: There are cameras almost everywhere now. Including in your new car. (Subaru wants to keep track of your face; others are following).

And if these cameras are connected to the Internet, what they see, Facebook sees.

If Facebook recognizes your face, the Creepy Kid knows you were at that coffee shop down the street or getting something at Lowes. And exactly when you were there as well as how long.

He knows that you frowned when you were reading a story about  . . . Facebook. Bad, very bad. It's all being inventoried for later.

Now, more than ever, there's reason to put a piece of black electrical tape over tat little keyhole just above your screen (that's where the camera is) so that Facebook can't see your face.

Pregnant man emoji is CONFIRMED: Authorities sign off on the controversial character...

LAPD Is Forcing EVERYONE, Suspects or Not, to Reveal Social Media User Names and More

Banned From Twitter – Proof The Vaccine Is Causing The Variants

Ending Social Media Censorship And The Meteoric Rise Of Substack

Facebook "Getting Involved" In NFT Space As It Prepares To Roll Out Digital Wallet, Stable