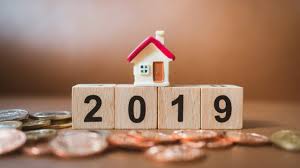 Confidence in the U.S. housing market has started going in the wrong direction. '=

Fannie Mae's monthly Home Purchase Sentiment Index (HPSI) retreated 2.3 points in September to a reading of 91.5, as doubts begin creeping into the minds of consumers who now seem worried about the state of the economy and the future of their jobs.

The @FannieMae Home Purchase Sentiment Index (HPSI) decreased 2.3 points in September to 91.5, retreating from a survey high in August. Three of the six HPSI components decreased month over month, including an eight-percentage point drop in the... https://t.co/mzL6MHx2sX #CRE

The U.S. housing market seems to have peaked

Fannie Mae's HPSI had hit a new high in August 2019 with a reading of 93.8, but September's decline shows that the U.S. housing market may have peaked already. The slide from August to September is the biggest seen since December last year.

"Consumer sentiment remains relatively strong overall, though uncertainty about the economy and individual financial circumstances appear to be weighing on housing market attitudes a bit more than a month ago."

That's not surprising as recent jobs and manufacturing data out of the U.S. have not been up to the mark. Nonfarm payrolls for the month of September were below expectations, with employers adding 136,000 jobs, missing the 145,000 estimate.