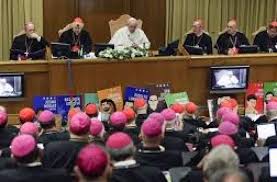 Synod fathers called for an "ecological conversion" that would allow people to see "the gravity of sins against the environment as sins against God, against our neighbour, and against future generations," Vatican News reported Wednesday.

"This would imply a need to produce and spread more widely a theological literature that would include 'ecological sins' alongside traditional sins," the report stated.

The working document of the Amazon Synod frames the entire question of the Church's renewal in the region in terms of the environment, proposing "New Paths for the Church and for an Integral Ecology."

In order to be "ever more synodal," the Church must listen "to the peoples and to the earth by coming into contact with the abundant reality of an Amazon full of life and wisdom but also of contrasts," the text states.

"It continues with the cry that is provoked by destructive deforestation and extractivist activities and that demands an integral ecological conversion," it says.