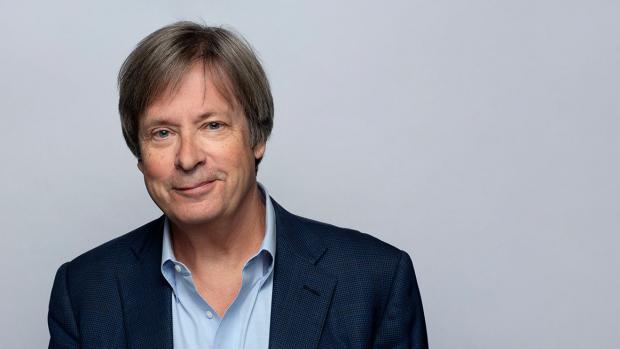 When people introduce Dave Barry, they always say he won a Pulitzer Prize. Which is impressive, of course. But it doesn't really seem like the most salient fact about him. The funnyman is the author of almost 60 books and approximately eleventy billion articles. He is a member of the World Famous Lawn Ranger Precision Lawn Mower Drill Team. Most importantly, the last line on his Wikipedia page is "See also: exploding whale."

For four decades from his home base at the Miami Herald, Barry wrote a syndicated weekly column, for which he earned the aforementioned Pulitzer. He continues to author an annual despairing, hilarious "Year in Review." A longtime libertarian, he once warned that "as Americans we must always remember that we all have a common enemy, an enemy that is dangerous, powerful, and relentless. I refer, of course, to the federal government."

Barry's books formed the basis for a '90s sitcom about his life, Dave's World, and his novel Big Trouble was made into a film of the same name. It's the story of a group of miscreants who wind up inadvertently stealing a nuclear suitcase and hijacking a plane due to their own incompetence. The film was set to be released—inauspiciously—on September 12, 2001. (It was delayed until the following year.) He has also been running for president on a vaguely libertarian ticket continuously since the 1980s, when he kicked off his first campaign in anger over toilet regulations.