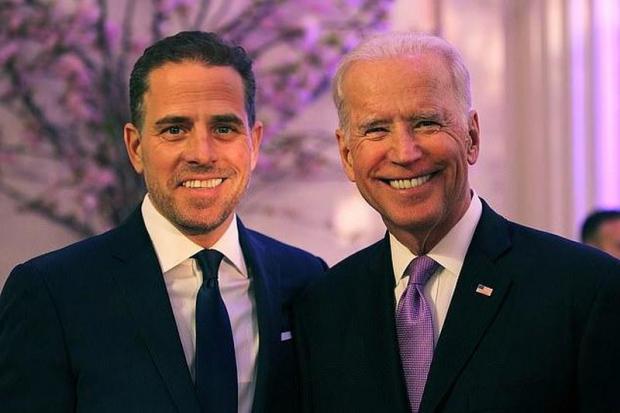 Hunter will step down from the board on Oct. 31, according to a statement released by his lawyer, George Mesires.

"Hunter always understood that his father would be guided, entirely and unequivocally, by established U.S. policy, regardless of its effects on Hunter's professional interests," reads the statement. "He never anticipated the barrage of false charges against both him and his father by the President of the United States."

"Under a Biden Administration, Hunter will readily comply with any and all guidelines or standards a President Biden may issue to address purported conflicts of interest, or the appearance of such conflicts, including any restrictions related to overseas business interests," the statement continues. "He will continue to keep his father personally uninvolved in his business affairs."

In May, journalist Peter Schweizer accused the Bidens of corruption in both Ukraine and China - revealing that in 2013, they flew together to China on Air Force Two. Two weeks later, Hunter's firm inked a private equity deal for $1 billion with a subsidiary of the Chinese government's Bank of China, which expanded to $1.5 billion.

"If it sounds shocking that a vice president would shape US-China policy as his son — who has scant experience in private equity — clinched a coveted billion-dollar deal with an arm of the Chinese government, that's because it is" -Peter Schweizer