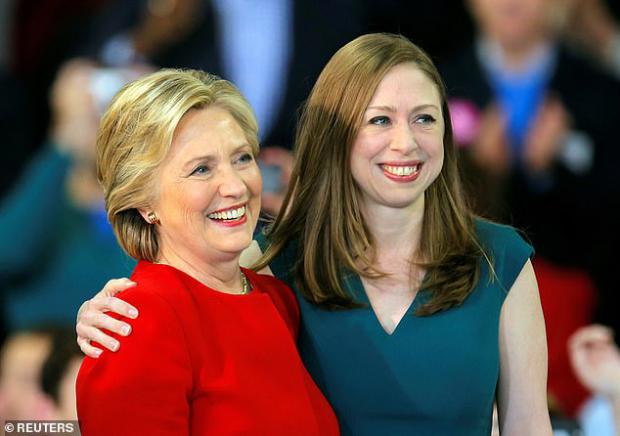 The one issue Hillary and Chelsea don't appear to agree on entirely is transgender self-identification.

In an interview with The Sunday Times, journalist Decca Aitkenhead asked the Clintons if someone with a beard and a penis can ever be a woman, to which Chelsea replied emphatically, 'Yes.'

However, as Aitkenhead describes it, Hillary looked 'uneasy', and blamed generational gaps for being less accepting.

'Errr. I'm just learning about this,' Hillary responded. 'It's a very big generational discussion, because this is not something I grew up with or ever saw. It's going to take a lot more time and effort to understand what it means to be defining yourself differently.'

The Clintons sat sown with Aitkenhead to promote the book they co-authored, The Book of Gutsy Women: Favorite Stories of Courage and Resilience.

According Aitkenhead's account, she tells Hillary during the interview that many British feminists of Hillary's generation have a problem with the idea that a 'lesbian who doesn't want to sleep with someone who has a penis is transphobic.'