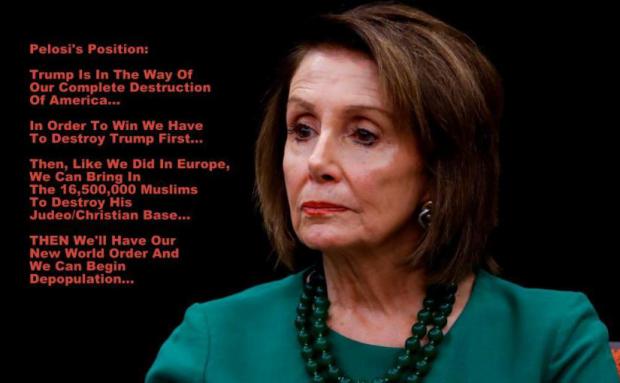 Actually, Not A Lot…

These days it is hard to make a joke about the current Democratic Party, for they are not within an American description.  Democratic legislators, and certainly All 2020 presidential candidates, focus ONLY on socialist/communist/sexual deviance concepts – massive government intruding on every aspect of daily life with orders issued by its own self-styled elite that allows NO deviation from the script.

As far as Health Care goes, the Democrats, during the mid-term elections, made promise-after-promise to focus on issues like Health Care.  But did they?  Nope.  All they have time for is impeaching our President.  Not one second to reduce prescription costs.

Realization has hit them hard…

Today's Democrats live in their own bubble convincing themselves, over their Starbucks lattes, that they, in fact, are America's elite, blah, blah, blah…

Election 2016 hit them solidly on the nose, and those they labeled "Toothless Deplorables" went to a Trump Rally and on to the voting booths across America.  Only in places like "Voter Fraud Central" California were the Democrats successful.

The Dems, totally in shock, decided that the election was some kind of grand fluke, that THEY, in fact, had the power to turn things around for didn't they own the liberal media outright?  Hadn't Obama appointed key people into key agencies so as to control the government?  They decided that a "Russian influence" story would do the trick.  Look where THAT went.

The Marxist Secular Humanist Democrats had TOTALLY  miscalculated the situation.

The Democrats never paid attention that we can politely, and nicely, issue firing squad orders after the results of a jury trial.  They, for sure, never figured "We the People" would bitch-slap them around the way we have been doing.

Horror of horrors to the lib Dems was the realization that they were going to lose Election 2020 in a Trump 80-20 landslide, no matter how much voter fraud they could bring to bear.

So, where are we in solving America's health care issues?

Let's start with what the Democrats are doing.  They are promoting Mandatory Vaccines for children and adults, across America.  That's it.  THAT is their US health care plan.  Big Pharma is funding their election campaigns nationwide.  So, what's their plan?  "MediCare for all?"  Why not just move the White House Staff onto the third floor of Merck's office building?

What are the Republicans doing?  Not a lot, either.

Trump is trying – but the Democrats HATE everything about him, and ALL of us, the Judeo/Christian base.  If you watched the last Democratic Party presidential debates, it became evident that the TOP INTEREST of the Democratic Party is the promotion and justification of sexual deviance in all of its forms.