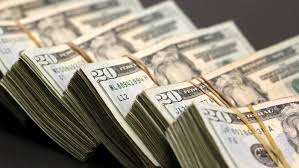 As previewed yesterday, moments ago the Fed concluded the first POMO - as in Permanent Open Market Operation, not to be confused with Temporary - from previously announced T-Bill purchases ($60 billion per month, $7.5 billion per operation), and what it showed is a confirmation of message sent by today's repo operation: there is an unprecedented demand for liquidity.

Specifically, the Fed purchased $7.501 billion in Treasury Bills out of $32.569 billion in T-Bills submitted. In other words, the operation was 4.3x oversubscribed, and when combined with the oversubscribed repo operation announced earlier today, confirms that there is a dramatic need for liquidity among the Primary Dealer community.

Also worth noting, the scramble to sell Bills to the Fed directly refutes what the FT reported earlier today that "money market funds that are among the largest holders of U.S. Treasury bills say they are reluctant to sell them to the Federal Reserve."

"We are not going to sell them," said Pia McCusker, global head of cash management at State Street Global Advisors, which holds more than $22bn of T-bills in its $350bn of money market funds. "It's a short-term gain and then I would have to replace it with something else at a much lower rate."