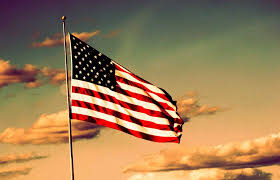 Yet that withdrawal was as inevitable as were its consequences.

A thousand U.S. troops and their Kurdish allies were not going to dominate indefinitely the entire northeast quadrant of a country the size of Syria against the will of the Damascus regime and army.

Had the U.S. refused to vacate Syrian lands on Turkey's demand, a fight would be inevitable, whether with Turkey, Damascus or both. And this nation would neither support nor sustain a new war with Turks or Syrians.

And whenever the Americans did leave, the Kurds, facing a far more powerful Turkey, were going to have to negotiate the best deal they could with Syria's Bashar Assad.

Nor was President Recep Erdogan of Turkey going to allow Syrian Kurds to roost indefinitely just across his southern border, cheek by jowl with the Turkish Kurds of the PKK that Erdogan regards as a terrorist threat to the unity and survival of his country.