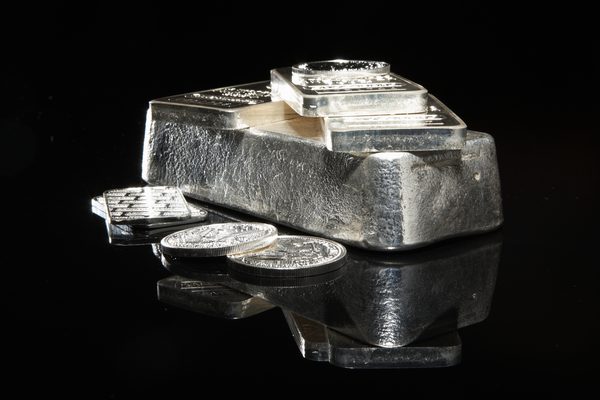 In 663 BC, King Ashurbanipal of the Assyrian Empire invaded Egypt and sacked the city of Waset (located in modern day Luxor on the Nile River).

Ashurbanipal vanquished the city, purportedly seizing more than 75 metric tons of silver for his personal collection.

That 1:2 gold/silver ratio had held for thousands of years across Persia, Mesopotamia, and Ancient Egypt, possibly since as early as 3,000 BC.

But over time it has changed periodically.

By the time of Alexander the Great in the 300s BC, the Gold/Silver ratio had shifted to 1:13. Mining techniques had advanced at that point, so the ancients were able to produce higher volumes of silver than ever before.

Under Julius Caesar in Ancient Rome, one ounce of gold was worth 12 ounces of silver. In the time of Mohammed and the early days of the Islamic Caliphate in the 600s, the ratio was 1:16.

Even in the early history of the United States, the Mint and Coinage Act of 1792 established a gold/silver ratio 1:15.

(According to the law, one US dollar is defined as 1.604 grams of pure gold, or 24.1 grams of pure silver. So those pieces of paper in your wallet are not technically US dollars, but 'Federal Reserve Notes'.)

In our modern times, the ratio average is around 55 ounces of silver per ounce of gold.

Much of this is due to continual improvements in mining techniques– it's a lot easier to mine than it was 5,000 years ago, so the ratio is more indicative of the natural abundance of these metals in the Earth's crust.

But the gold/silver ratio also fluctuates from time to time based on market conditions.

Gold is pretty unique; while there's a fair amount of demand for gold from the jewelry industry, and a bit of gold used in industrial production, the key driver of gold demand is from investors, foreign governments, and central banks.

When times are tense, people buy gold and the price goes up.

And as we've been discussing, foreign central banks are starting to dump their US dollars for gold, scooping up hundreds of metric tons of the stuff.

But silver is different.

Less than 20% of silver demand is from investors– usually smaller, retail investors. Because it's so much less expensive than gold, most foreign central banks and governments don't even bother buying silver. They only buy gold.

The primary driver of silver demand is jewelry and technology; silver is used in a variety of industrial applications like batteries, water purification, semiconductors, and dental equipment.