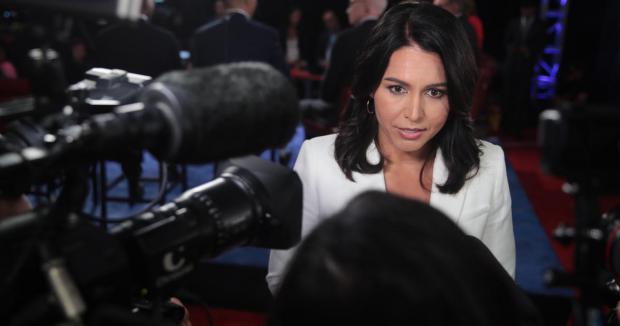 Clearly frustrated by her treatment at the hands of the Democratic Party, presidential candidate and Congresswoman Tulsi Gabbard announced Friday morning that she will "not be seeking re-election to Congress in 2020," the latest sign that Gabbard, who hails from Hawaii, might be planning a third-party run during the 2020 presidential election.

In recent days, a flurry of stories highlighting Wall Street's fears of an Elizabeth Warren presidency hinted that Democratic power brokers in the industry are looking for a viable third-party candidate to ensure that Warren, who has threatened to hike taxes and break up the biggest banks, never becomes president.

In a 6-minute video, Gabbard recounts how she first entered politics, participating in Hawaii's state legislature, before becoming a political protege of Hawaiian Sen. Daniel Akaka, who left office in 2013. After spending some time in Washington working as a top aide to Akaka, Gabbard deployed to Iraq with the Hawaii national guard, saying she couldn't stay home and watch as her neighbors went off to fight (she eventually served two deployments).

BREAKING: Rep. Tulsi Gabbard (D-HI) announces that she "will not be seeking reelection to Congress in 2020" pic.twitter.com/SlH6eSAv5N