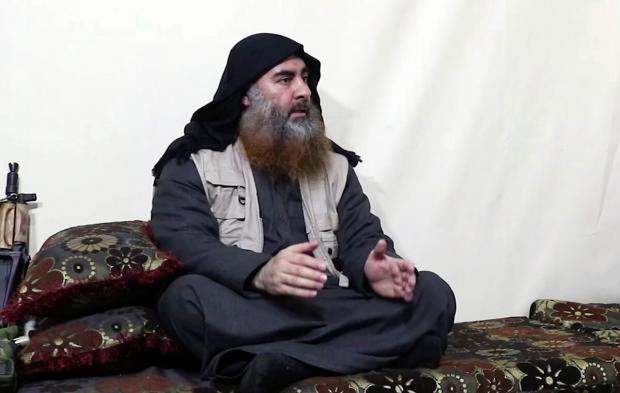 Amid reports Saturday of U.S. military helicopters over the Syria's northwestern Idlib province, a senior Pentagon official familiar with the operation and Army official briefed on the matter told Newsweek that Baghdadi was the target of the top-secret operation in the last bastion of the country's Islamist-dominated opposition, a faction that has clashed with ISIS in recent years.

A U.S. Army official briefed on the results of the operation told Newsweek that Baghdadi was killed in the raid, and the Defense Department told the White House they have "high confidence" that the high-value target killed was Baghdadi, but further verification is pending DNA and biometric testing. The senior Pentagon official said there was a brief firefight when U.S. forces entered the compound in Idlib's Barisha village and that Baghdadi then killed himself by detonating a suicide vest. Family members were present. According to Pentagon sources, no children were harmed in the raid but two Baghdadi wives were killed after detonating their own explosive vests.

Members of the Joint Special Operations Command's Delta Team carried out Saturday's high-level operation after receiving actionable intelligence, according to sources familiar with the operation. The location raided by special operations troops had been under surveillance for some time.

The senior Pentagon official told Newsweek that the compound in which Baghdadi was located was then taken out with an airstrike in order to prevent the site from becoming a shrine to the leader. Turkey, a NATO ally backing local insurgents, was not notified prior to the operation, the official said.

On Saturday night, after the operation had concluded, President Trump tweeted: "Something very big has just happened!" The White House announced later that the president will make a "major statement" Sunday at 9:00 a.m.