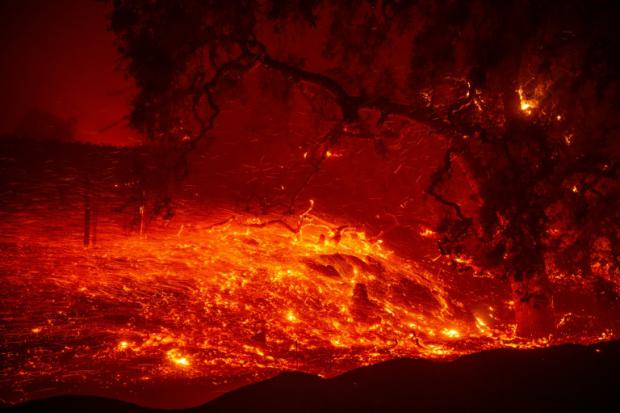 Governor Gavin Newsom declared a state of emergency as the so-called Kincade Fire spread to 23,700 acres (9,591 hectares) after breaking out on Wednesday in the Sonoma wine region.

The blaze, which is burning in remote steep terrain, has destroyed about 50 structures and forced the evacuation of the small community of Geyserville and of nearby vineyard operations.

"This is definitely an event that we're calling historic and extreme," David King, meteorologist for the US National Weather Service, told Saturday's Los Angeles Times.

"What's making this event really substantial... is the amount of time that these winds are going to remain."

Hot, intense winds are expected to pick up on Saturday and last into Monday.

The state's largest utility, Pacific Gas & Electric Co., said it expected to cut off power to 850,000 customers -- a precautionary shutdown that local media say would affect about two million people.

"The weather event could be the most powerful in California in decades," PG&E said, with dry northeast winds forecast to gust up to 70 miles per hour (112 kilometers per hour).