> CBD Interest Among Americans Surpasses Nearly All Other - Freedoms Phoenix 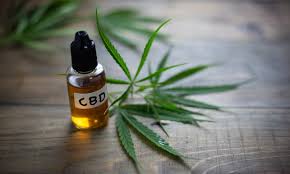 Cannabidiol, better known as CBD, has undergone a meteoric rise in popularity over recent years. CBD is the second-most prevalent active compound found in marijuana, and is touted as a wonder drug of sorts capable of alleviating various conditions such as anxiety, depression, acne, pain, and even opioid addiction without the usual psychoactive "high" that comes along with traditional marijuana use. While the majority of these claims aren't exactly backed by definitive scientific evidence, a new study conducted at the University of California, San Diego finds that Americans are more interested in CBD than most health products and fads on the market.

In fact, researchers say each month as many as 6.4 million Americans search Google for research or information on buying CBD products — eclipsing or equaling interest in most other alternative health products and subjects.

One of the features that makes CBD so appealing is its ability to be ingested or taken in a variety of ways, from traditional joints or cigarettes to massage oils, infused gummies, and even CBD ice cream. Still, most major U.S. health leaders, organizations, and departments have remained largely silent on CBD's proposed benefits mostly due to an overall lack of data on just how popular the oil is, statically.