> The Evil of the Drug War - Freedoms Phoenix 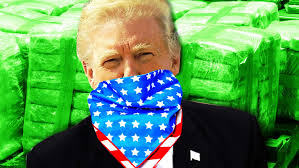 ... wars of aggression, illegal and unconstitutional wars, mass secret surveillance, indefinite detention, secret prison camps, drug experimentation on unsuspecting people, denial of due process, denial of trial by jury, kangaroo military tribunals, and other dark-side practices, it would be difficult to find a better example of an evil and immoral program than the war on drugs.

1. Everyone, including the most ardent drug-war proponent, agrees that this decades-long program has failed to achieve its goal, which is a drug-free society.

2. If failure was the only consequence of this program, that would be one thing. But it's not. Drug laws have brought Into existence drug gangs, drug cartels, gang wars, drug assassinations, drug kidnappings, burglaries, robberies, murders, muggings, and official corruption.