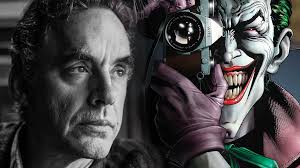 That's how he tells his own story in Batman: The Killing Joke, a 1988 graphic novel by Alan Moore and Brian Bolland. This classic origin story heavily influenced the controversial new Joker film.

Once, Joker was an ordinary man. He was trying to be a good husband, preparing to be a father, and striving to make it as a stand-up comic. But his jokes were bombing and his family was trapped in poverty. He felt like a failure. He was overwhelmed by humiliation and guilt. Then a criminal gang offered him a way out. If he helped them with just one crime, he'd be rich. Desperate to turn his life around, he accepted.

But then, the "one bad day" happened. On the day of the planned heist, his pregnant wife died in a freak accident. He tried to back out of the criminal scheme, but the gang wouldn't let him. Then the heist went bad. Batman showed up. Trying to escape capture, the man jumped into a pool of toxic waste. He emerged looking like an insane clown. Then he started acting like one. And he never stopped. You can imagine what a day as bad as that would do to you. I'm guessing it wouldn't turn you into a supervillain or a serial killer. But, it might lead to serious mental health problems. Maybe anxiety. Maybe depression. Maybe worse. For a few, a major life tragedy can drive them over the edge.

This raises important real-life questions. What can we do in the face of tragedy? How can we reduce suffering? How can we prevent evil?

These are challenges that Dr. Jordan B. Peterson has thought about his whole life. Peterson is a clinical psychologist, a college professor, and a YouTube superstar. Many young people say his talks have changed their lives for the better. He has also studied evil very deeply. He has read the diaries of school shooters and researched genocides and totalitarian dictators.