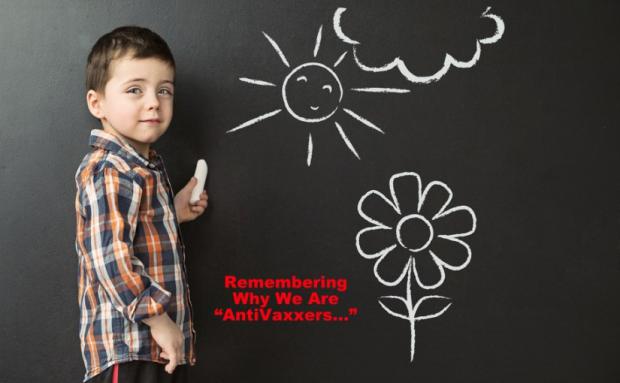 Let's be clear – Vaccines are not the main problem.  It is the people forcing them on us and their not caring about the damage they are causing.

The evidence of "immense vaccine damage" is everywhere in our younger people in the US.  It isn't just expressed with Autism.  It is far more serious than that.  Look at how over-vaccinated Millennials in Colleges and Universities need "safe spaces."  54% of America's children are chronically ill.  Our School Districts are overwhelmed with "Special Needs" children.

Our younger generations are having trouble with "gender identity."  The US military is very seriously wondering where it is going to get soldiers in the future since America's young men are being feminized.

As Harris Coulter MD pointed out in his book Vaccination Social Violence and Criminality – The Medical Assault on the American Brain :

To be specific, a large portion of the millions of U.S. children and adults suffering from autism, seizures, mental retardation, hyperactivity, dyslexia, and other shoots and branches of the hydra-headed entity called "developmental disabilities," owe their disorders to one or another of the vaccines against childhood diseases.

The so-called "sociopathic personality," which is at the root of the enormous increase in crime of the past two decades, is also largely rooted in vaccine damage.

Thus the nation's vaccination program has served to undermine the American school system–which is in collapse through inability to cope with the one-fifth or one-quarter of students who will never be able either to read or to perform simple arithmetical calculations.

And it has contributed to the wave of violent crime which is turning our cities into jungles where the strong and the vicious prey upon the weak and unprotected.

The effects of vaccination have altered the very tone and atmosphere of modern society.  Because the changes are so insidious and widespread, and because we lack perspective, they have been largely overlooked.  It is not easy to discern the outlines of the incubus which the vaccination program as loosed upon us.

For more details about this go here:

The Still Small Voice of Conscience