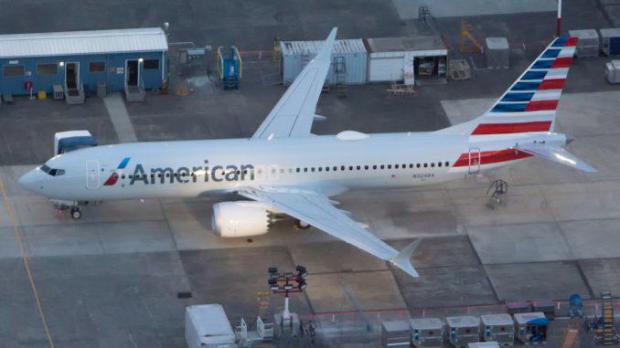 Tens of thousands of American Airlines' flight attendants fear for their safety and will not work on Boeing 737 Max planes if they return to the air in 2020, the Association of Professional Flight Attendants (APFA) union's president wrote in a letter to Boeing's CEO this week, reported Reuters.

"The 28,000 flight attendants working for American Airlines refuse to walk onto a plane that may not be safe and are calling for the highest possible safety standards to avoid another tragedy," APFA President Lori Bassani said in the letter (seen by Reuters).

Reuters noted the letter was dated Oct. 30, which followed several days of Boeing CEO Dennis Muilenburg being grilled by lawmakers in Washington after two Max crashes killed 346 people and led to a worldwide grounding of the plane in March.

Muilenburg, during the hearing, told US lawmakers that Boeing made "mistakes" and "have learned from both accidents and identified changes that need to be made."

Lawmakers accused Boeing of knowing about flight control issues in the plane's MCAS system, which has been identified by the flight regulators as a significant factor behind both Max crashes.

Bassani told Muilenburg that the hearings in Washington reveal "breakdowns in the supervision of the 737 MAX and raise questions about the Federal Aviation Administration's (FAA) resources for oversight," said Reuters.

The letter told Muilenburg that American Airlines' flight attendants won't step on the plane until her union has all the safety reports.

Since the grounding of the Max in March, Boeing has been desperately trying to get the planes back in the air as carriers across the world are abandoning Max orders for Airbus planes.

Boeing has a credibility crisis. They will need to rebuild confidence in the Max with not just flight attendants but also the American people, along with global carriers and regulators.

To do this, you'll hear it here first, Boeing will have to go on Good Morning America, followed by a 60 Minutes segment, to reach as many people as possible, all in the attempt to restore confidence. If Boeing can't regain trust, they should rebrand, something President Trump said earlier this year.